I suspect Jim McKnight and myself were a bit too caught up in the moment after finding our way back into a truly hidden cove, complete with cascading waterfall, as we paddled a pair of kayaks in Laurel Gorge last week.

We came to our senses quickly, however, when we both laid eyes on the snake we’d been stepping over and around for several minutes as we caught our breath at the breathtaking cove.

Scanning the ground around us for more serpents, we managed to get a few feet from the reptile. Jim grabbed a big rock and lifted it above his head, then said “I really don’t want to kill it.”

I agreed the snake didn’t need to die, and attempted to calm my shaking hands to take a few photos. Sadly, the shaking left me with only a couple of blurred images.

Jim said he was certain it was a copperhead and I’ll take his word for it! At that point, I just wanted to check my kayak for snakes and get back on the water – which is exactly what we did.

We had to work our way back out of that waterfall area, which required a tricky turnaround and winding back through the make of rocks, including a “pinch” which required us both to place our hands on the rocks on either side and physically lift our kayaks up and push them through.

“They can keep ‘Hidden Cove.’ This is a truly hidden cove,” Jim said, before correcting himself and dubbing the place “Copperhead Cove, that is.”

It was a day of many waterfalls, which were easy to locate by the roaring sounds which echo nicely along the still water of the Little Sandy River/Grayson Lake headwaters. And, it seemed any and every inlet along the way had some degree of falling water.

We pursued several of those calls of the wild, but neither of us again suggested getting out of our boats. There was a definite realization of what we would’ve been up against if either of us had been bitten by a snake, and it wasn’t pleasant.

With only minimal first-aid supplies, a snakebite is a tricky thing to treat. And, the snakebite victim would have had a tough time even getting out of the cove, much less to a place where they could receive medical care.

It was such a beautiful day, however, that we didn’t dwell on negative thoughts for long. We’re not sure how long the stretch of water from Laurel Gorge to the Newfoundland boat ramp is, but it’s four miles by highway on Rt. 7.

Jim surmised the first section, starting just below the Laurel Gorge Cultural Center, and the final one-third of the journey, with long, high rock face walls all the way to the Newfoundland ramp, are excellent examples of Kentucky’s beauty. The middle section, which we just speed-paddled through, however, did not offer much to appreciate on that day.

This was our third paddling session of the year, and a followup to a recon paddle we did from the Newfoundland ramp back toward Laurel Gorge.

The first paddle was a bit of a tragedy on Kinniconick Creek in western Carter County which resulted in me losing a new cell phone and sustaining a minor scratch on the forehead, and Jim getting wiped out really hard on a “strainer,” or downed tree, in a blind curve section.

I heard Jim yell, “TIM – STOP!” and had just enough time to stay out of the rapid current which had swept him into that mess of limbs. I was caught in a tight spot, but the water was relatively shallow and I realized I could correct my problem by simply standing up and grabbing my boat. 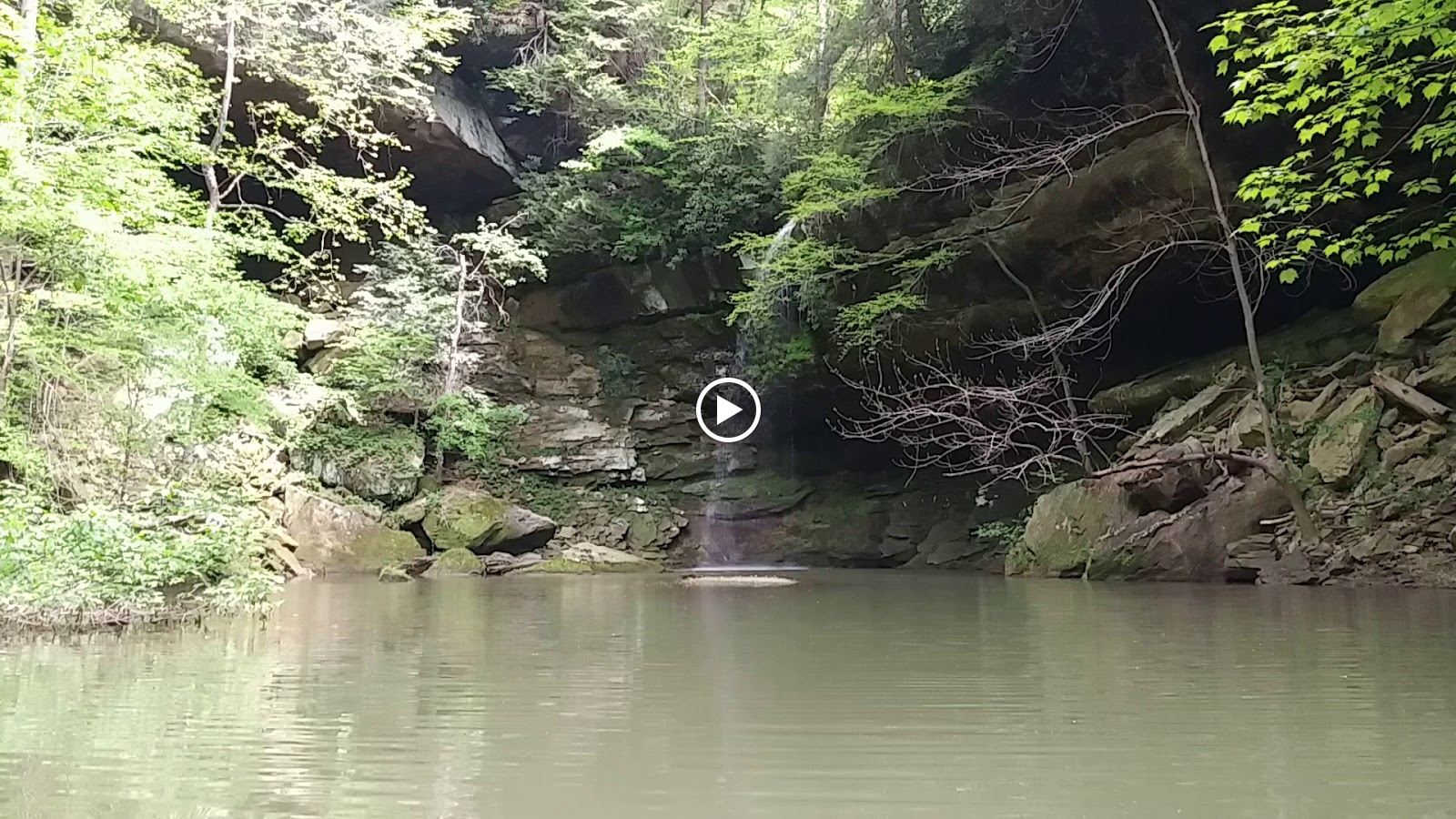 Somewhere in that process the cell phone (in a good dry bag) in the top pocket of my life preserver apparently dropped out. We searched and searched, but couldn’t get a signal on Jim’s phone to dial my phone.

I remembered how badly a buddy’s first kayak trip on Tygart Creek had been ruined by a similar cellular soaking (his was just drowned and not lost). I refused to let the beauty of Kinniconick Creek be diminished by the loss and decided to put it behind me and deal with it at the end of the trip.

Story and Photos by TIM PRESTON